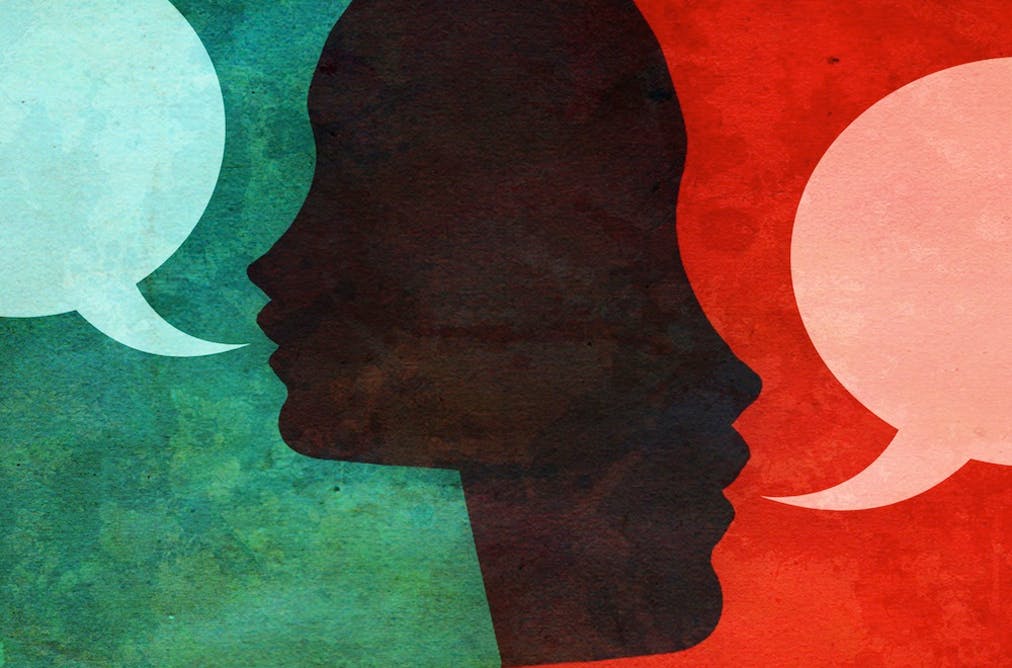 18 Mar On Culture and the Clash of Cultures

Posted at 15:04h in Behavior by South Asian 7 Comments

The “West” versus the “East,” the “West” versus “Islam” – there is much talk of the clash of cultures in these ideologically charged times. Yet, there is as much confusion about the understanding of culture itself. If we are to be clear about the nature of the conflict, we need to first define what the argument is about.

Culture as a thing in itself: “the power of culture”

Culture has many dimensions and meanings – we can talk of the power of culture as well as of the culture of power – and some of the meanings have altered over time. In its original sense the notion was applied to humans as it was to the earth, the equivalent of agriculture – a way of cultivating the mind akin to cultivating the soil. It was common to speak of a cultured person as one who had cultivated good taste (even the choice of the word ‘taste’ hints at the commonality of the origins) – tastes could be refined with effort much like sugar. In this usage, culture was something an individual aspired to acquire and refine. The oft-heard European characterization of Americans as ‘uncultured’ reflects this usage. Within countries, ministries of culture were the facilitators of the cultivation of tastes.

It is less common these days to speak of culture in this manner because the focus has shifted to conflict and therefore away from the individual to the group. Yet, some of the sense of culture as taste remains when there is talk of the “cultural wars” between highbrow (elite) and lowbrow (popular) cultures.

Culture as the ethos of something else: “the culture of power”

There is a transition to associating culture with a pattern of behavior when one refers to the culture of power. Notions of the cultures of affluence or poverty convey the same sense – the powerful or the affluent or the poor behave in ways that are recognizable and common to the members of the group. It is also common to speak of the culture of organizations – the distinction was often made between the vertical culture of IBM (based on hierarchy) and the flat culture of Apple (based on equality).

The culture of a place

This transition to the behavior of groups can be rooted further in a specific geography. The association of culture with place – the culture of New York, for example – is an obvious extension although it is not as simple as it seems because a place can contain subgroups with quite distinct cultures of their own – say, the poor and the rich or the elite and the commoners. This nuance is vividly illustrated by an observation about New York by E.B. White: “Commuters give the city its tidal restlessness; natives give it solidity and continuity; but the settlers give it passion.” All these distinct subcultures come together to comprise the composite culture that New Yorkers claim as their own.

Residents of New York and San Francisco would insist that the cultures of the two cities are very different. One cannot conceive of saying about New York what was said of San Francisco – “If you’re going to San Francisco be sure to wear some flowers in your hair.” Those going to New York might be better advised to wear a Blackberry on their hips.

One should note that in this conceptualization of the composite culture of a healthy organization or place, the differences in the subcultures of its members, their religions or ethnicities for example, have relatively minor importance. Thus the culture of IBM is not sensitive to the different religions of its employees. Likewise, residents of Chinatown and Little Italy readily identify themselves as New Yorkers.

This is rather more difficult for us to appreciate in South Asia where we have witnessed composite cultures fragment and polarize around subcultures of language, religion or ethnicity. Nevertheless, despite the traumas of recent history, it still remains possible to speak meaningfully of a composite culture of UP or Punjab that subsumes religious differences. Indeed, we often speak of an even larger Ganga-Jamni culture that emerged out of the interaction of two initially very distinct cultures – something that was the subject of Dara Shikoh’s justly celebrated work, Majma-ul-Bahrain (“The Confluence of the Two Seas”).

This conception of the composite culture of an organization or place should caution us against falling into the trap of giving primacy to religion in the discussion of culture. Religion influences culture but is itself embedded in pre-existing cultures – every place has a culture before religion is introduced into it. It is for this reason that the culture of Saudi Arabia is distinct from the culture of Iran or Indonesia even though they are now all countries with Muslim majorities. It is also the reason why society in Pakistan shuns social equality when the message of its holy book espouses equality quite explicitly. And within Pakistan, the social norms that prescribe how honor is defended in the different provinces vary from each other and also from the prescriptions of the Shariah.

We are now in a position to return to the issue of interest – that of the so-called clash of cultures. It should be noted immediately that there is a serious incompatibility in talking about a culture clash between the West and Islam – the former is a spatial unit while the latter is a type of a non-spatial organization. We can either talk of a clash between Christianity and Islam or remove the incompatibility in some other way.

A formulation in terms of Christianity and Islam is much too broad – one has never heard, for example, of a conflict between the Christians of Latin America and the Muslims of Sub-Saharan Africa. Reformulation as a conflict between the West and the East is equally problematic because the East itself is too large a unit – there is little that can be considered common in the cultures of South Asia and East Asia, for instance.

A little thinking should reveal the intellectual laziness or subterfuge in such formulations. What initially motivated the proponents of the theory of culture clash was the problematic of the different interests of the USA and Europe on the one side and the Muslim countries of the Arab world on the other. It lent a false generalization to the articulation to conflate the former with the “West” and the latter with “Islam.” No doubt it also helped to mask the real nature of the material differences in interests that fueled the conflict. Over time, the generalization acquired the momentum of a self-fulfilling prophecy as more and more people began to see the world in its frame of reference.

Posed against each other in this formulation were the democratic, secular, and peace-loving values of the “West” against the totalitarian, religious, and aggressive values of  “Islam.” After the recent developments in the Arab world the mask has slipped to some extent from the emptiness of this conflation and questions have begun to be asked about the odd reality in which the friends of the “West” in the Arab world were precisely those totalitarian autocrats who were receiving billions of dollars to deny democracy and freedom to their own people. The choice of friends was the giveaway in the gulf between the rhetoric and reality of this false clash of cultures.

Although there is a very clear political economy rationale to the articulation of the clash of cultures, let us set it aside for the moment to discuss the conceptual issues in the understanding of culture. What exactly might we mean when we speak of a culture of the “West?” We are in the realm of geography and had mentioned earlier the notion of a culture of New York that was distinct from a culture of San Francisco. If we think of culture as a manifestation of shared values, to what extent can we enlarge a geographical unit while still recognizing some significant value that remains common across that unit?

In this sense can we associate certain shared attributes with as broad a geographical unit as the “West?” We can say perhaps that the West is relatively horizontal in terms of social relationships and that religious beliefs have relatively little impact on political behavior. In contrast, we can easily recognize some societies that are relatively vertical in terms of social relationships and where religious beliefs have relatively greater impact on political behavior. South Asia immediately comes to mind but note that East Asian societies are markedly different from South Asia in many respects so that a simplistic West-East classification would be very misleading.

Thinking further along these lines would suggest that these attributes are not intrinsic to people but related to the structures of societies at particular moments in time and that there is a relationship between structural attributes and social values. The values of a pre-industrial society could be expected to differ from those of an industrial one. We can quite readily characterize a set of values as “feudal” and another as “capitalist” – it would be quite natural for honor and loyalty to be carry more weight in the former while the bottom line and merit gain more prominence in the latter. This also suggests that values change over time as the structures of societies evolve. Europe too was feudal, clerical, and dynastic at one time.

The clash of values

This should lead to an important observation. The fact that societies have different values does not imply that they must necessarily clash. To revert to an earlier illustration, IBM had a vertical culture while Apple had a horizontal culture but this in no way made a clash between the two inevitable. There was competition for sure but even this was modulated within the meta-rules of a composite capitalist culture.

However, and this is an equally important observation, when there is a conflict of material interests, real or perceived, one can expect a clash of values even within the same society. One can see this in the conflict over caste-based quotas and reservations in India as well over race-based affirmative action in the US. These material conflicts are recast in terms of a clash of values, between social justice and individual responsibility or between desert and merit, for example.

The conflict of interests

The key to understanding an articulation of a clash of cultures is to recognize the underlying clash of material interests and to identify the parties representing those interests. From there one can follow how the conflict of interests is recast as a conflict of values, how each party characterizes the values of the other as the exact opposite of its own to the point that the conflict is transformed into one between good and evil. This rhetoric of good and evil is then used to rally popular support – how often have we heard in recent years that “they” hate “us” because they dislike our values and our freedoms.

Seeing through the fog

This strategy continues to pay because there is always a pool of people ready to line up behind it. The resulting jingoism and chauvinism leads many to fall into the deeper hole of believing and wanting to prove their values superior to those of anyone else. This is easy enough – any one of hundreds of possible indicators can be picked as evidence of the superiority. Thus many Muslims claim Islamic values superior to Western values because the divorce rate is lower in Muslim countries. The failure to realize that they are comparing apples and oranges or that there may be other indicators suggesting the opposite conclusion illustrates well the benumbing influence of seeing the world through the lens of a clash of cultures. There are no clashes of cultures, only clashes of interests masquerading as clashes of cultures.