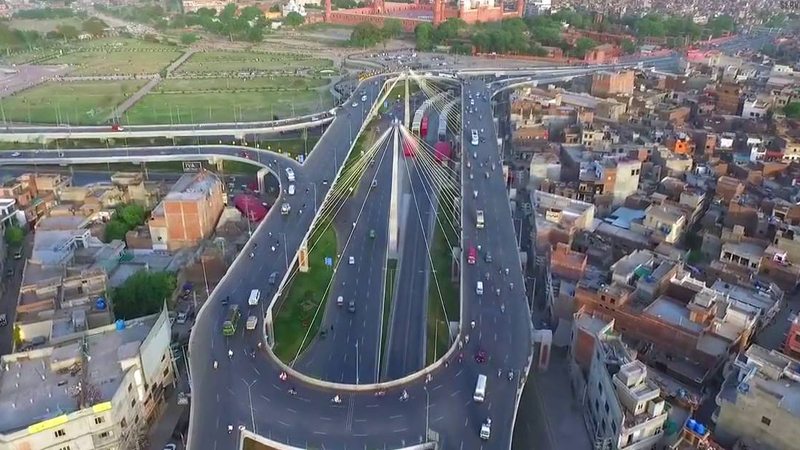 Posted at 13:09h in Cities/Urban by South Asian 0 Comments

The proposal to transform the greenbelt along the Lahore canal into an expressway in order to relieve the congestion of traffic has predictably divided citizens into two camps. The environmentalists bemoan the damage to nature while the developmentalists consider it the price for progress. Both sides rely on highly emotive sentiments and there seems no prospect of either convincing the other based on refutable evidence or logical argumentation. This outcome would be understandable in the Age of Faith but seems strikingly bizarre in the Age of Reason.

In the previous post I proposed one way to resolve this dilemma. In this post, I use the work of Jane Jacobs, perhaps the wisest urban scholar of the twentieth century, to further advance an analytical approach to the issue. The Death and Life of Great American Cities by Jacobs, published as far back as 1961, has rightly been described as “perhaps the most influential work in the history of town planning… a work of literature.” It can be considered the Bible of urbanism and is essential reading for all those interested in the evolution of cities. Planners who have not digested her insights are not doing themselves any favors.

In the book Jacobs has a chapter (Erosion of Cities or Attrition of Automobiles) that addresses precisely the issue that has become controversial in Lahore and is equally important for other cities in South Asia. I would urge readers to buy the book (used copies are available for a few dollars on the Internet) but for the moment I will rely on selective quotes to convey the essentials of her perspective.

Jacobs begins by addressing the key concern: “Today everyone who values cities is disturbed by automobiles” but almost immediately goes on to say “But we blame automobiles for too much.” She presents historical evidence to establish that much before automobiles were invented traffic jams were just as bad or worse in the horse-and-buggy days with the additional problem caused by animal droppings. “Automobiles are hardly inherent destroyers of cities… the internal combustion engine… was potentially an excellent instrument… for liberating cities…”

Not only are automotive engines quieter and cleaner than horses but, even more important, fewer engines than horses can do a given amount of work. The power of mechanized vehicles, and their greater speed than horses, can make it easier to reconcile great concentrations of people with efficient movement of people and goods.

So what went wrong?

We went awry by replacing, in effect, each horse on the crowded city streets with half a dozen or so mechanized vehicles, instead of each mechanized vehicle to replace half a dozen or so horses. The mechanical vehicles, in their overabundance, work slothfully and idle much. As one consequence of such low efficiency, the powerful and speedy vehicles, choked by their own redundancy, don’t move much faster than horses.

Trucks, by and large, do accomplish much of what might have been hoped for from mechanical vehicles in cities. They do the work of much greater number of horse-drawn vehicles or of burden-laden men. But because passenger vehicles do not, this congestion, in turn, cuts down on the efficiency of the trucks.

Having created the problem (Jacobs does not go into why the problem was created – that is another very interesting story), the response was not to rectify the original mistake but to attempt to resolve it by increasing road capacity. This initiates the erosion of cities by automobiles because of what Jacobs calls “positive feedback.”

This should strike a chord with the citizens of Lahore who witnessed the first expansion of road capacity along the canal some years back.

Jacobs then provides from real life “a striking statement of the positive feedback traffic process” with reference to a 1955 traffic plan for Fort Worth, Texas, that projected the street capacity that would be needed to accommodate the number of vehicles that would be on the street at any one time in 1970.

Now here is the real kicker!

But the instant Gruen had calculated his sixteen million square feet, the figure was already out of date and much too small. To obtain that much roadbed space, the downtown would have to be spread out physically to an enormous extent. A given quantity of economic uses would thereby be spread relatively thin. To use its different elements, people would have to depend much less on walking and much more on driving. This would further increase the need for still more street space, or else there would be a terrific mess of congestion.

As Gruen pointed out here, the more space that is provided cars in cities, the greater becomes the need for use of cars, and hence for still more space for them.

Which leads Jane Jacobs to reiterate the real solution – cut down drastically the absolute number of vehicles using a city without cutting down on the economic activity of the city – and pose the real question: How is that objective to be achieved?

There are two points worth considering here. First, if Victor Gruen working in 1955, before the age of computers, could produce a numerical forecast as an aid to decision-making, why can’t our planners do something similar today when every child can play with SimCity? From the evidence we have seen, it seems they cannot even simulate traffic flow along a single road let alone the entire city. The misaligned underpasses on the Canal Road provide strong evidence that the planning has not progressed beyond the construction of one interchange at a time. It should be reasonable to demand that unless they can produce a credible traffic simulation for a five to ten year period, verified by independent experts, all their claims should be summarily tossed out of court.

Second, when we have repeatedly seen the effect of “positive feedback” in any number of cities, why do we still continue to make the same mistakes? Here Jacobs has an explanation:

It is questionable how much of the destruction wrought by automobiles is really a response to transportation and traffic needs, and how much of it is owing to sheer disrespect for other city needs, uses and functions. Like city builders who face a blank when they try to think of what to do instead of renewal projects, because they know of no other respectable principles for city organization, just so, highwaymen, traffic engineers and city rebuilders, again, face a blank when they try to overcome traffic kinks as they occur and apply what foresight they can toward moving and storing more cars in the future. It is impossible for responsible and practical men to discard unfit tactics – even when the results of their own work cause them misgivings – if the alternative is to be left with confusion as to what to try instead and why.

Jacobs ends with an interesting observation from psychology:

Some men tend to cling to old intellectual excitements [the Mughals, after all, are remembered for their roads], just as some belles, when they are old ladies, still cling to the fashions and coiffures of their exciting youth. But it is harder to understand why this form of arrested mental development should be passed on intact to succeeding generations of planners and designers. It is disturbing to think that men who are young today, men who are being trained now for their careers, should accept on the grounds that they must be “modern” in their thinking, conceptions about cities and traffic which are not only unworkable, but also to which nothing new of any significance has been added since their fathers were children.

One is likely to forget that Jane Jacobs was writing this in 1961. Half a century later nothing much seems to have changed in the city of Lahore.

An earlier post based on insights from Jane Jacobs was Slumland South Asia?